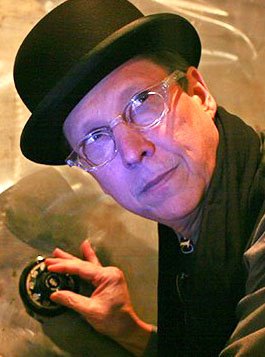 When passing Lydia in the hallway, Harold became entangled in the contrails of her soapy fragrance. He breathed in deeply, so deeply in fact that he drew her up, lodging her in his left nostril. He visited his physician, who suggested instead a psychiatrist, who in turn after examination, suggested using a neti pot… Lydia body surfed out on a saline swell. Only later, Harold discovered that in place of Lydia, there was now a mermaid in his nose. While he occasionally, absentmindedly tried to pick the fish woman out, he was nonetheless comforted by the fact that she was his alone.

Richard Lovrich Richards writing had its beginnings in captions for his cartoons, which snuck away under cover of night to become fully formed, if short, stories of their own. Horror, fantasy, bad luck, love, unfortunate choices and the occasional murder plaque the characters in daily novelettes for lovers of darker fiction with short attention spans.